Just over the Verrazano-Narrows Bridge, Staten Island saw the largest increase in its senior population, compared to other boroughs, from 2000 to 2010. More than one-fifth of Staten Island residents over age 65 live alone, putting them at risk for social isolation.

We delivered 71,005 meals to 1,289 homebound elderly in Staten Island in the last fiscal year.

Citymeals volunteers Susan and her school-aged sons Luke and Ryan have made supporting the homebound elderly in Staten Island a family affair. Susan began taking Luke on meal deliveries when he was just three years old. He quickly became a familiar face to his frail aged neighbors and later recruited his younger brother, Ryan, to volunteer with him every Saturday morning. Now the brothers deliver meals while their mom drives.

Our Work in Staten Island 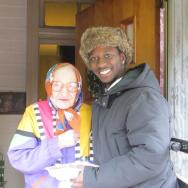 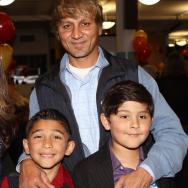 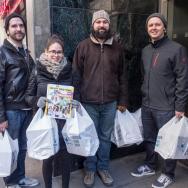 Learn more about each borough by clicking on the map.

We deliver meals and provide companionship to homebound elderly residents in the Bronx.
Learn more