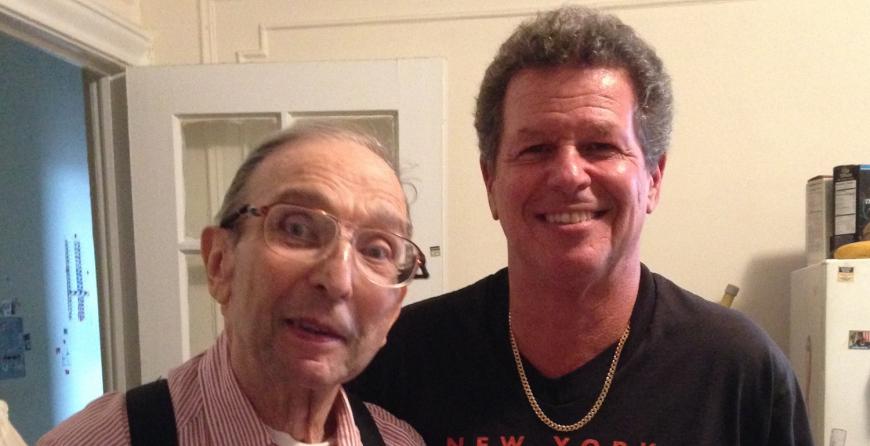 Ronnie began volunteering with Citymeals nearly fifteen years ago. He had retired early from the police force and spent the next two years caring for his wife, who battled cancer in her 40s. After she passed, Ronnie felt compelled to find greater meaning in his daily life. “I prayed to God – let me help some people out! I just didn’t want to go into a hospital again,” he adds.

Four days later, Ronnie received a flyer from Citymeals on Wheels looking for volunteers. “True story!” Ronnie promises. He was interviewed and matched with John, a meal recipient who reminded Ronnie of his own father. “He was the sweetest man in the world!” Since then, he’s visited with nearly 20 of his homebound elderly neighbors, often seeing several people a week and developing unique relationships with each.

Ronnie understands their isolation. “They are so lonely. They want someone to talk to,” he explains. Seeing the difference he could make, Ronnie was hooked. “I ended up falling in love with it, and couldn’t wait to see them the following week.”

These days, Ronnie visits with 83-year-old Michael, a Citymeals recipient who lives near him in Brighton Beach. Michael suffered a stroke four years ago and now relies on a wheelchair to get around. With no family nearby, he spends virtually every day at home alone. During their weekly visits, the two chat about politics and how the Mets are doing.

Ronnie also helps Michael get out for some fresh air when the weather is good. He’ll push him in his wheelchair to get a haircut or pick up some groceries. Other times, they’ll sit together in the plaza outside Michael’s apartment building, which is planted with lilac bushes and tulips.

“He’ll say to me, ‘Ronnie, look at those gorgeous flowers!’ He notices and appreciates things I’ve walked by a thousand times.” Ronnie gets choked up just thinking about Michael’s gratitude for the simple pleasures in his life. “If it’s raining, he’ll call me up in the morning and say, ‘Ronnie, don’t worry about coming today.’” But Ronnie is there each week, rain or shine.

Now 95, Dora struggles to cope with the loss of her son. Read more