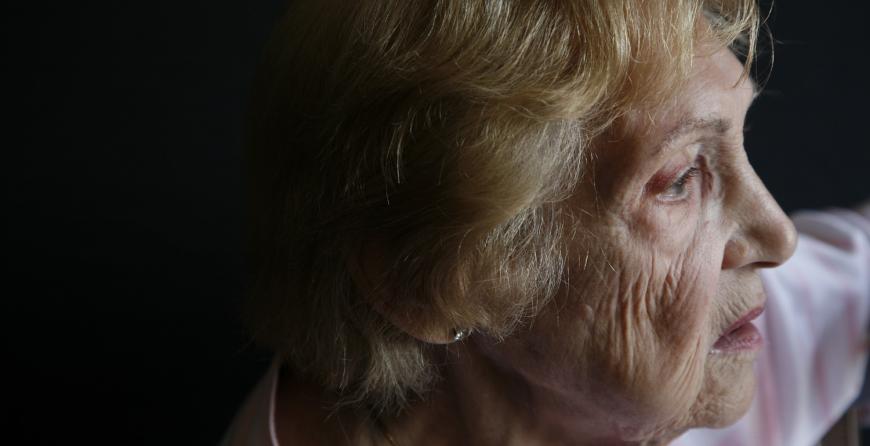 Of the 18,414 homebound elderly New Yorkers we serve, two-thirds are women. They were born in the 1920s, 30s, and 40s – some have vivid memories of even earlier times. They came of age before the equal rights movements that changed American life, fundamentally. Many are native New Yorkers, and others are transplants. Each one has a unique story all her own. But after meeting and talking with dozens of them, I’ve begun to see shared experiences emerge and realize these women are both living and making history.

Many Citymeals recipients now in their 70s, 80s and 90s, were just young girls when they arrived in New York City. Some came as immigrants from war-torn Europe, seeking both peace and economic opportunity. Others were migrants from the American South, brought north by their parents hoping for a future free from discrimination. Their lives were heavily impacted by the Great Depression, and poverty was a reality for many families. As 93-year-old Lucille, who grew up in on the Lower East Side, said with a laugh: “We didn’t have a lot, but nobody was rich.”

Nearly all the women we serve were working women at one time. Some were highly educated, others did skilled industrial jobs, and many were domestic workers. All tell remarkably similar stories about the limited prospects they faced: “You could be a nurse. You could be a school teacher. Or you could be a secretary,” 85-year-old Irene said. And discrimination was rife. Maxine, who expressed interest in becoming a stenographer, was warned by the mother: “They don’t hire blacks at white collar jobs.”

Success was achieved more often by chance than by design, it seems for women at the time. “Trying to be a conductor as a female was a really lost cause,” said 92-year-old Joanie, who graduated from Juilliard. When she finally landed a job conducting for a modern dance company, she was required to wear a man’s tuxedo at the podium, so nobody could tell she was woman from the back.

Social norms of the time also said women should marry early and focus on raising children. But the story is rarely that simple, I’ve learned. Many of the women we serve did marry, but through circumstances, ended up supporting and raising children on their own, long before there were role models for single mothers. And many others, attribute their longevity to never marrying. “I just got lucky, I guess!” 93-year-old Mary, said with a chuckle, when asked why she never got married.

Now 96,  Renee, grew up in Paris. She trained to be an accountant and met her future husband at work, just after the start of World War II. They were both from Jewish families, and when the Germans invaded France, he asked her to flee with him. It was unthinkable, at the time, for an unmarried woman to do such a thing. But Renee got her mother’s blessing, and they ran for their lives. The young couple eventually married, immigrated to the United States, and settled in Queens where they raised their two daughters. Renee and her husband enjoyed more than 50 years of companionship, before he died. “He was absolutely brilliant,” she told me.

As they move into their 80s, 90s and past 100, these women continue to be trailblazers. They have outlived friends, family and often their own children. Rita’s son was just 54 years old, when she lost him to an autoimmune disease. “If you are 90 years old and have to stand and bury your son… that is very, very hard,” she said. Refusing to let sorrow define her life, Rita became involved with her local senior center. Even after celebrating her 100th birthday, she continued to volunteer there 500 hours each year. “I feel as long as I’m alive, I want to live. Old people are still capable of doing things and participating.”

Women are living longer than ever. And the women who rely on Citymeals for a meal and friendly check-in each day, are charting new territory. They face many challenges in a fast-moving city that is changing rapidly around them. But they are making history by defining a new way of living and aging on their own terms.

Now 95, Dora struggles to cope with the loss of her son. Read more