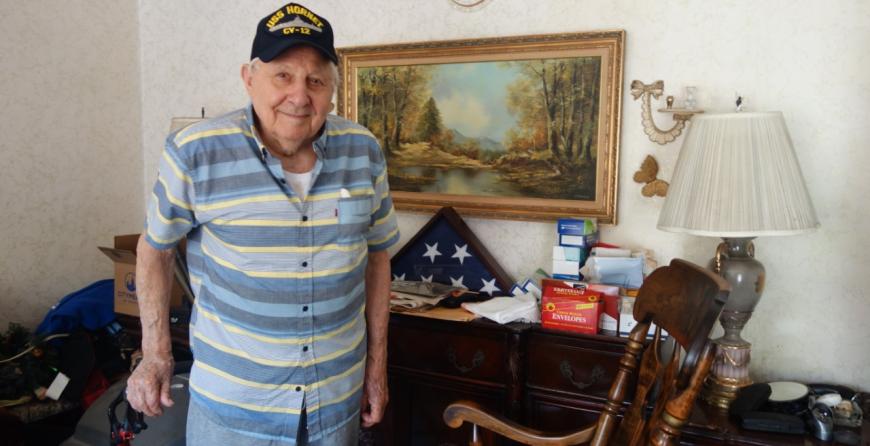 Older New Yorkers face a number of challenges aging in their own homes and communities, rather than a nursing home. Many live in walk-up buildings, can no longer walk to a grocery store or carry shopping bags, and often cope with the loneliness of big-city life, especially if they have outlived family and friends.

Nearly ten percent of Citymeals recipients are also veterans — men and women who served our nation and built our city. Now, they are simply too old to shop or cook for themselves and so are at risk for hunger and malnutrition. Home-delivered meals and a regular check-in from Citymeals, however, ensure they have a nourishing meal every day. Often, this is all they need to age with dignity and security in their homes, where they want to be.

Our work serving the city’s veterans is supported, in part, by the Bob Woodruff Foundation, which is dedicated to ensuring that impacted veterans, service members, their families, and their caregivers thrive long after they return home. Their generous grant, focused on addressing food insecurity, is funding the preparation and delivery of over 37,000 weekend meals to veterans across the five boroughs.

Home-delivered meals and a regular check in are essential to Citymeals recipients like 97-year-old Ed in Staten Island. When World War II broke out, he enlisted in the Navy and was stationed in the Pacific aboard the U.S.S. Hornet, an aircraft carrier. When asked about his time serving his country, Ed is modest, preferring to talk about how much he missed the love of his life, Clara, during the war. The two had been friends since grade school and wrote hundreds of heartfelt letters to each other while he was at sea.

Ed and Clara married when he returned from the war and lived a quiet, happy life together for 60 years. When She passed away more than fifteen years ago, Ed was heartbroken. With his wife gone and no other family left, Ed was forced to confront his age and declining health. Regular deliveries from Citymeals provide Ed with a nourishing meal and a sense of connection to the outside world.

Like Ed, 83-year-old Citymeals recipient Marilyn enlisted in the Navy when she was just a young woman, serving alongside her husband, Henry, and working in military intelligence. It’s been three years now, since Henry passed away, and talking about him still makes Marilyn tear up. She’s proud to say that her oldest grandson is in the Navy, serving his country, “just like his grandfather.”

Each of our veteran meal recipients has an extraordinary story to tell. We are proud to serve these older New Yorkers, just as they have served us.