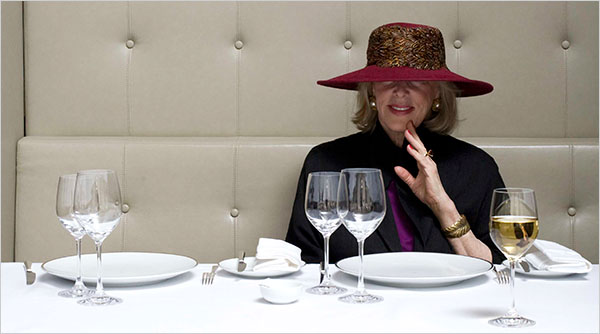 The Board and staff of Citymeals on Wheels mourn the death of our beloved founder Gael Greene, iconic restaurant critic, writer, and devoted New Yorker, who passed away on November 1, 2022, at the age of 88.

Gael was a leader in the city’s culinary scene and restaurant critic at New York Magazine for nearly 40 years. She founded Citymeals in 1981, after reading an article in the New York Times describing the plight of homebound elderly New Yorkers facing hunger. Citymeals has delivered over 67 million meals since then and become woven into the fabric of the city.

“Gael achieved what many people can only dream of and her impact on New York City cannot be measured," said Citymeals Executive Director Beth Shapiro. "She built tremendous influence as a food critic, at a time when fewer doors were open to women. And she recognized the privileged life she was living as a foodie and sought to share that with others. Through Citymeals, Gael fulfilled a dream of nourishing the most overlooked people in New York City – older people facing hunger.”

Donations can be made to Citymeals in Gael's honor, as she requested.