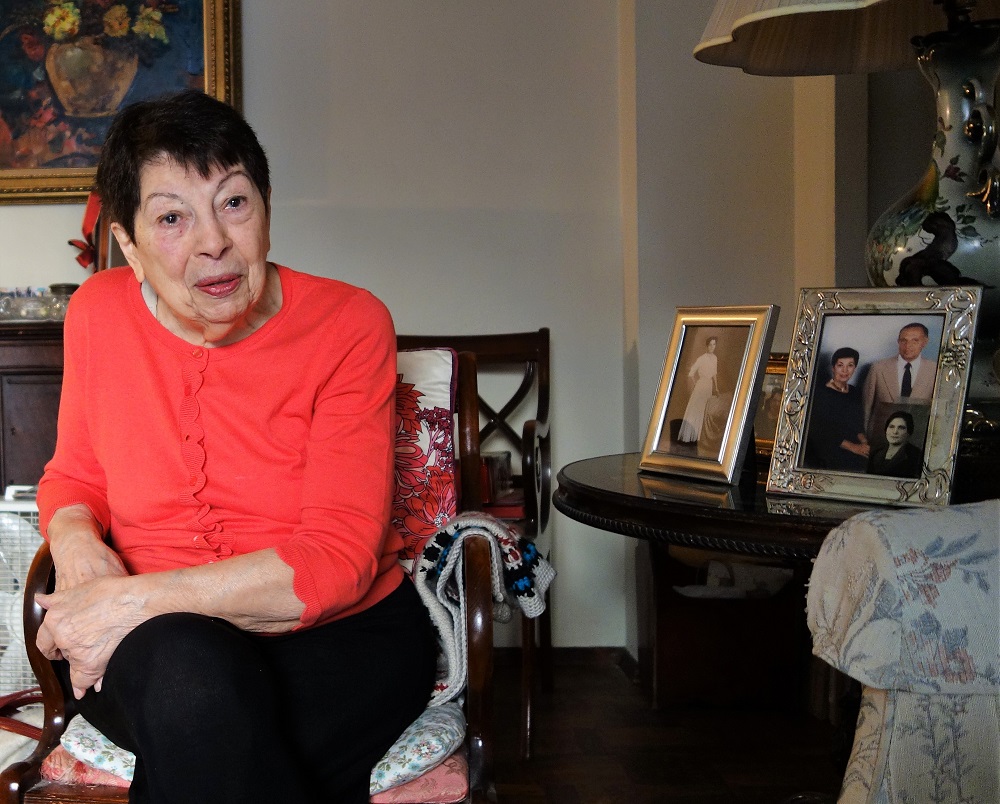 “The neighbors were all like relatives.” That’s how 93-year-old Lucille describes the tight-knit Lower East Side of her youth. A lifelong resident of the area, she has lived within the same fifteen blocks for all of her nine decades.

Lucille grew up in a rickety tenement filled with other Italian families like hers, just around the corner from Katz’s Deli. With cramped quarters, a threadbare sofa doubled as a bed for Lucille, her youngest sister and her mother, while five older siblings shared another room. In the summer, Lucille loved sleeping outside on the fire escape. “We didn’t have a lot, but nobody was rich,” she smiles.

Lucille was closest with her older brother Allen. While their mother worked long factory hours as a seamstress, Allen and Lucille would bring the family’s plastic bags down to Rivington Street to resell. They would use ten cents to see a movie at a theatre on Houston Street and give the remaining money to their mother.

At 14, Lucille met her future husband, Joe, in the same building where she was raised. His family lived one floor up. They forged a close friendship, but Lucille admits she never really thought about dating. With high school classes, she was simply too busy. And after school was out, she made her way to Consolidated Trimmings where she worked as a seamstress just like her mother.

When war broke out in Europe, Joe enlisted and was sent off to fight in Germany’s Black Forest. Lucille remembers writing him letters daily. A subtle grin builds into a bright smile as she admits to sending him a bottle of whiskey hidden in a loaf of hollowed-out rye bread.

when her meal deliverer Warren arrives, she instantly brightens.

He’s such a nice young man.

By then, Joe and Lucille’s affection for each other had grown into a long-distance romance. When he finally returned from duty, Lucille was twenty and looking forward to marrying Joe. Soon after, they moved into the apartment in Stuyvesant Town that Lucille has called home for 70 years.

Sadly, the apartment has felt empty ever since Joe lost his battle with prostate cancer 33 years ago. Thinking back on their life together, tears come to her eyes. “He was my best friend!”

Lucille continued working as a curtain seamstress nearly all of her life, before devoting herself to caring for children with disabilities. Just two years ago, she was still working until unbearable pain from a shoulder injury forced her to retire.

A hip replacement and two heart surgeries in recent years have drained Lucille’s strength. In the morning and on very cold days, she depends on a wheeling walker to get around her apartment. Once able to prepare big Italian meals for friends and neighbors, today she is too weak to cook her beloved caponata.

Citymeals deliveries have helped Lucille immensely. “There are so many veggies, you’ll never die!” she laughs. More than the food, Lucille feels connected to the outside world. She spends most days reading the Daily News and New York Post to cope with her loneliness. But when Warren, her meal deliverer arrives, she instantly brightens. “He’s such a nice young man.” 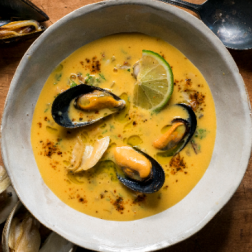