With a bright smile and nurturing voice, Ernestine has the air of a natural caretaker who wants to dote on everyone. That cheerful spirit made her an adored nanny for more than five decades, endearing her to parents and children alike.

Born in The Bahamas, Ernestine was raised by her mother and spent childhood surrounded by a large extended family. Ernestine’s mother was a cook, renowned for her delicious cakes. She remembers every child in the neighborhood coming for her birthday because they all wanted a slice.

Never short of younger cousins to play with, Ernestine came to love children at an early age. She would often teach them new games or how to ride a bike.

She came to the United States just as World War II was ending and settled into an apartment on 145th Street. Ernestine jokes she only became a nanny because she couldn’t cook like her mother. But the reality is it felt completely natural to take care of little ones. She always knew how to soothe them when they cried or make them laugh when they were sad.

While she cared for many children, her most beloved were twin girls she looked after for more than a decade. They loved Ernestine and gave her the affectionate nickname “Ernie.” When she wasn’t working, Ernestine went dancing with her girlfriends at the Savoy Ballroom. Sometimes she would go just to admire the glamorous dresses she hoped to one day afford.

I've lived a great life. I have no regrets.

Soon Ernestine found a narrow railroad apartment near Central Park. Sparsely furnished with only her cherished rosary beads hanging next to the bed, it is where she raised her son – calling it home for nearly 60 years.

Ernestine looked forward to spending more time in her beloved Harlem when she retired at 71. But diabetes and severe knee pain had taken their toll. A walk to the corner bodega became impossible and Ernestine found herself homebound. For nearly a year, Ernestine subsisted on canned soup until her only son moved in. He did everything – driving her to doctor appointments, cooking meals and helping her exercise aching joints. Ernestine didn’t like needing someone to take care of her, but she cherished their time together.

Tragically, her son died last year. The room where he grew up now sits empty and the outside world has again become a place she can only look at from her bedroom window. Today, Ernestine’s joint pain has worsened and she relies on a walker to get around her apartment. Still, she tries to remain positive. “I’ve lived a great life. I have no regrets,” Ernestine declares.

During the holidays, she gets cards from some of the children she cared for. When they arrive, Ernestine lights up – proud of their success and grateful to know someone still thinks of her. And she loves seeing her Citymeals deliverer. For a few moments, Ernestine feels connected to the neighborhood she can no longer explore on her own. 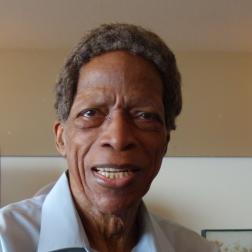 At 87 years old, Arthur can hardly recall a time when music wasn’t part of his life. Read more 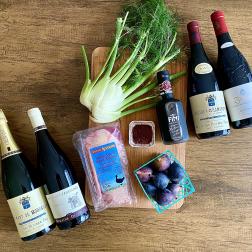 Roasted Duck with Figs and Fennel