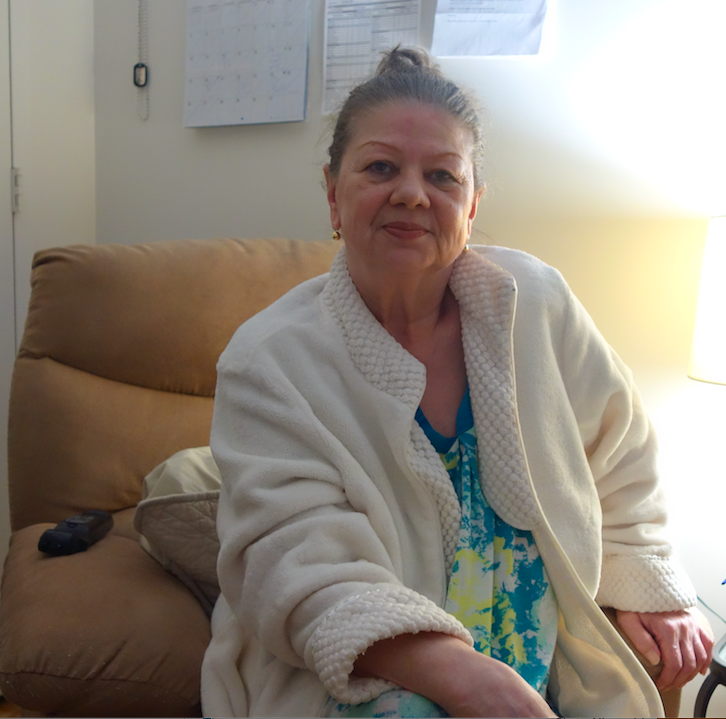 Doris wiped away her tears as she spoke. Once surrounded by a caring family, she can remember her mother patiently teaching her how to prepare the pasteles which to this day remind Doris of childhood. But now, at 70, she has lost everyone she ever loved.

A natural caregiver, in the early years of the AIDS epidemic Doris watched as her beloved brother grew more and more sick. As others stood back, scared and confused by this new disease, she stepped forward. Doris spent whole days sitting by his bedside and doing her best to keep him comfortable.

Only a few years after losing her brother, Doris began to care for their aging parents. Determined to remain in their cherished Bronx neighborhood, where Doris herself had grown up, she knew they would need her help. Without ever being asked, Doris made sure there was always a healthy meal on the table and they never missed a doctor’s appointment.

But all too quickly they faded away. Doris assumed she could still count on her remaining brother and sister. The three would be there for each other in the years ahead to share both comforting memories of their past and the challenges of growing older. So it was a terrible shock when they too became ill and she was forced to say goodbye.

That’s why Doris had no one to call when she woke up one night two years ago to a terrible pain in her chest. Stubbornly deciding she didn’t need a doctor, she took some antacids and went back to sleep.

The next morning, she tried to do her usual errands. But after staggering into a grocery store, Doris realized she was unable to stand. Relenting and heading to the hospital, Doris was rushed into emergency surgery.

Waking up alone in the ICU, Doris was terrified. A doctor explained she’d survived a heart attack and needed to stay in the hospital for a few days. Those days passed slowly, with no loved ones there to soothe her fears.

Returning home to an empty apartment, Doris struggled to make it up the stairs. Although she had spent her life looking after others, there was now no one left to care for her.

“I didn’t have help when I needed it most.”

Today, plagued by exhaustion, Doris spends much of her time in bed. Her only companion is a wall of framed photos, her family’s smiling faces providing the lone decoration in the dark apartment. Tears in her eyes once more, Doris turns away from these images which remind her of better days.

In a cruel contrast to memories of her mother leaning over the aromatic stove, the hand tremors and joint pain that are Doris’ constant companions make it impossible for her to cook. And complications from diabetes mean walking down the street to get groceries is out of the question.

Doris no longer faces endless days without seeing another human face. Nor will she spend the holidays alone as our staff and volunteers continue to make caring visits throughout the season. Unable to leave her sparse apartment, Doris’ world has shrunk. The regular knock on the door from her kind deliverer reminds Doris she’s still part of the city and hasn’t been forgotten.