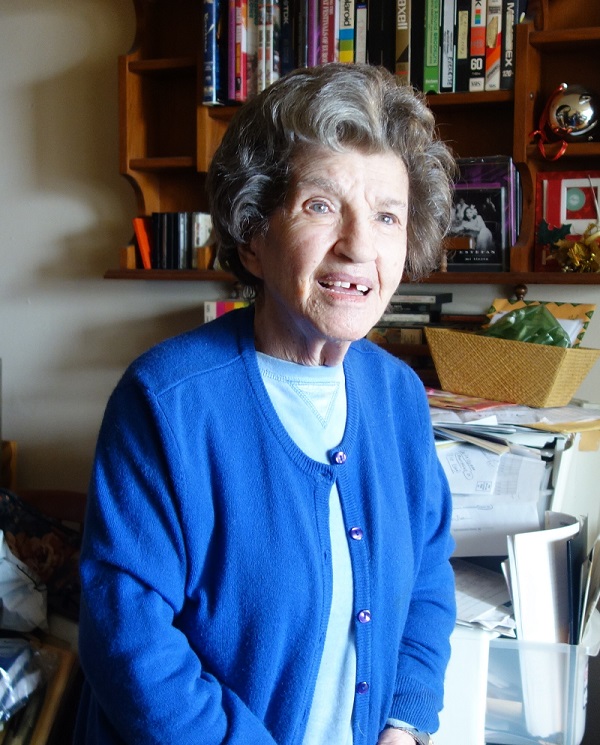 At 95, Dora’s vision is deteriorating rapidly. Her Dumbo apartment, overlooking the Brooklyn Bridge, provides picturesque views of the skyline. Sadly, those buildings in the distance and the cars crossing the East River are merely vague shapes to Dora.

With her fading eyesight, Dora feels her world shrinking. And now it has grown even smaller with the loss of her support network — her long-time companion, Raphael, passed away several years ago followed closely by her only son. While Dora has grown used to her increased isolation, that has not made it any easier.

Dora once led a vibrant, busy life. Right out of high school, she found work with Colgate as a Spanish translator. In those days, she recalls, the work was done with shorthand. There were a limited number of typewriters to use, and certainly no computers.

At home, Dora was a devoted single mother, rushing to her apartment at the end of the day to play with her son and put a healthy meal on the table. He was fascinated by the old recipe books Dora used, and soon she was teaching him to cook. That’s why Dora was so proud when her son left for France to become a professional chef. When he managed to get home, Dora always insisted he make chicken cordon bleu.

It seemed like life couldn’t get any better when Dora met Raphael at a family picnic. What began as an afternoon of conversation quickly led to romance. Both travel bugs, the pair ventured to Thailand, Brazil and more. Still, Dora’s favorite spot was the Park Güell in Barcelona, where she loved wandering through breathtaking gardens and gently running her hand across the intricate tile mosaics. The loving couple could have explored the world together for decades.

But they didn’t have decades. Raphael’s health began to deteriorate. Dora devoted herself to his care, remaining stoic even as he grew weaker, only breaking down in tears the day he passed. Despite her sadness, Dora felt grateful for the chance to comfort her beloved mate in his final years.

With Raphael gone, Dora clung to the idea that her son would always be there for her. Then came the phone call every mother dreads. Her son, just 36 years old, had collapsed at work. Dora reeled, struggling to understand why his life was cut short.

With each advancing year, Dora’s world contracts more. Armed with a magnifying glass, she spends hours each day reading old magazines brought by her elderly neighbor.

Trendy boutiques are opening just steps from Dora’s apartment. Glass condos are rising around her. While Dora longs to explore her once-familiar neighborhood, getting out is simply not an option. The sidewalks are too crowded, the cobblestone streets too dangerous. Instead, she marvels at the view of the city’s skyline from her window. 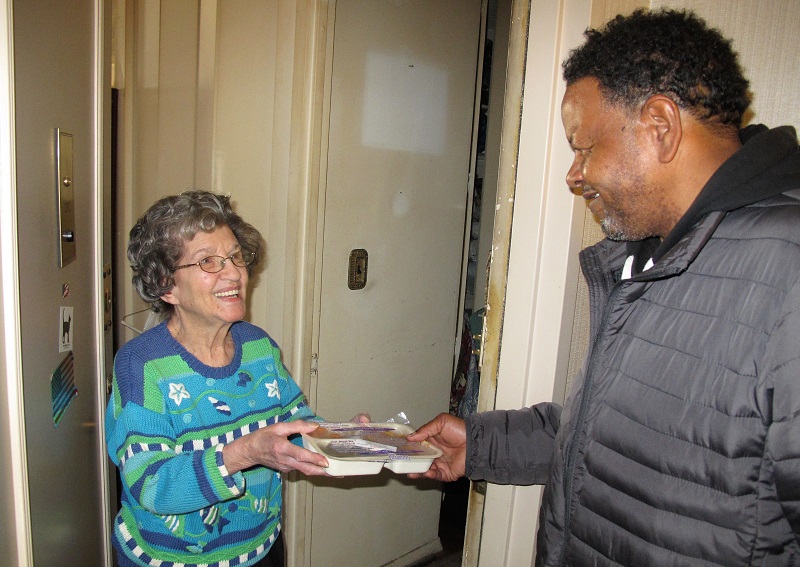 With Citymeals, Dora has gained an invaluable connection to the outside world. Her deliverer, Christian, always arrives with a smile and asks how she’s feeling. 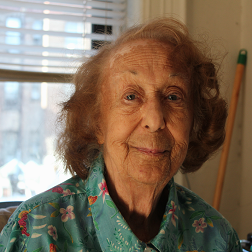 At 94, Millie's hearing loss makes it nearly impossible to stay in touch with her few remaining family members. Read more