Growing up on the Lower East Side, 85-year-old Barbara can hardly recall a time when she wasn’t surrounded by people. Her family’s apartment door was always open, an invitation to whomever happened to wander by that day. Barbara often found herself shooting marbles into an old cheese box or making dolls out of clothespins with neighborhood children.

Time with her family was cherished too. Among Barbara’s happiest memories are those hours spent in the kitchen learning to cook alongside her mother. Wrapped in a checkered apron and rarely without flour on her cheeks, Barbara’s mother passed down countless recipes. Barbara’s favorite was chicken soup. She still remembers every ingredient and step by heart. Barbara would sip the savory broth from the ladle to test the flavor, adding salt and pepper under her mother’s watchful eye.

Sundays were filled with anticipation. Barbara’s father would take the children to baseball games, rooting for the Giants, and then the Yankees. Eating sandwiches lovingly packed by their mother, the family whooped and cheered in glee with the rest of the crowd.

Barbara’s family was supportive of her decision to go to college, but they were surprised when she told them she planned to study psychology. Although she wanted to go to medical school, she heard that women were not welcome in that field. Determined to do something impactful with her life, Barbara went to graduate school to become a social worker.

Passionate about helping others, Barbara jumped into her career eager to make a difference. She began working with troubled children, but eventually found a position at Beth Israel Hospital, where she stayed for nearly four decades. Barbara’s first years were spent managing a walk-in clinic, but she quickly transitioned to her true passion — working with the elderly, helping them navigate aging and declining health. Taking these experiences to heart, Barbara insists “when you retire you need to plan financially and mentally.”

When Barbara made the difficult decision to retire, she decided to continue visiting nursing homes throughout the city, bringing her infectious smile and endless compassion to patients who often had no visitors. The friendships she fostered during those years were the most meaningful of her life.

Barbara remained independent for a number of years, managing her diabetes and the aches and pains of growing older. But her life came to a startling halt a few years ago when she received a lung cancer diagnosis.

Citymeals on wheels keeps me going!

Now, the only time she leaves her apartment is for cancer treatments. Weak, frail and exhausted, she uses her meager savings to take a cab to her chemotherapy appointments. Today, she relies on a wheeling walker just to get around the small, Upper East Side apartment she’s called home for 42 years.

Tears well in Barbara’s eyes as she recalls the countless times she urged her older clients to socialize. Now, her illness makes it impossible to follow this advice herself. She observes with painful irony that she barely knows the people in her own apartment building. “There are people on my floor, but they don’t feel like neighbors.”

The hours seem to drag by. To pass the time, Barbara admits to playing endless games of solitaire. The cards are faded and soft from use. She goes days without seeing another person — other than her Citymeals deliverer. “Citymeals on Wheels keeps me going!” she declares. 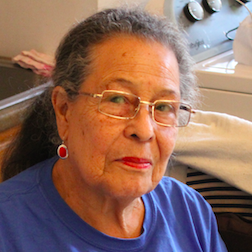 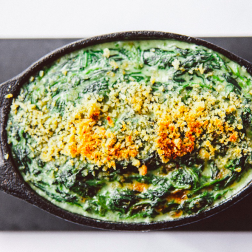