Citymeals is responding to the Coronavirus. Learn More or Donate Now to help prepare 624,000 emergency meals. 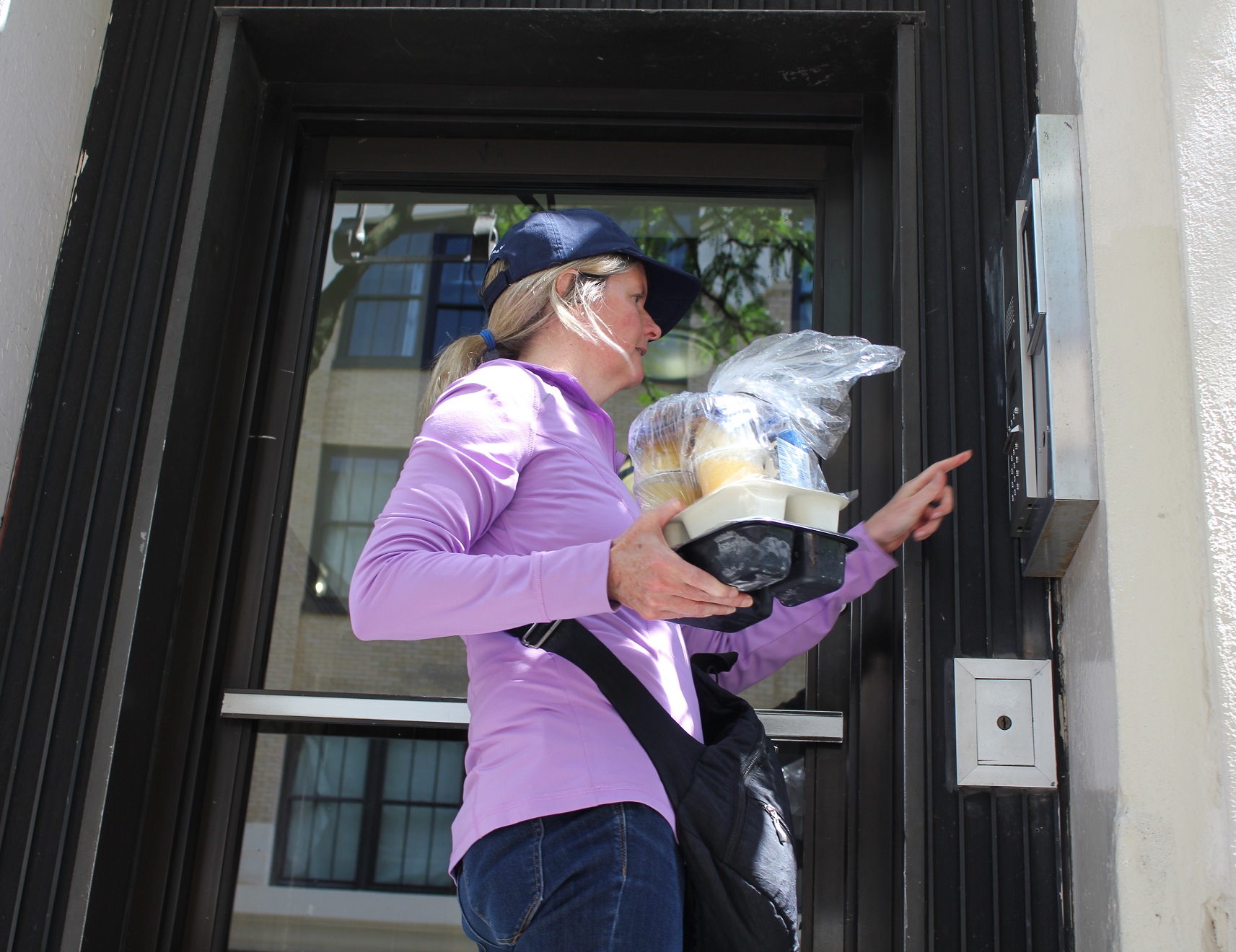 Every Saturday, Tracy grabs her three bags stacked on a handcart from the community center and begins her usual delivery route. In her seven years volunteering with Citymeals, she’s formed deep connections with the recipients she sees weekly – mostly men who were previously homeless. Tracy sees how grateful they are and she’s come to know their routines, especially who sleeps late, who’s hard of hearing and who takes longer to reach the door.

She’s even grown accustomed to the one recipient who hides behind the door and reaches out for the meal, averting his eyes from Tracy. She knows that he’s likely embarrassed. So many of the people she sees are still coming to terms with aging and the need to rely on someone for help.

In a city where status matters so much, Tracy knows that vulnerable New Yorkers are easily overlooked. New York “is constantly reminding you of how much you don’t have, seeing these people reminds me of what I do have,” she confides.

I don’t have a ton of money, but I do have time to give.

One of Tracy’s favorite stops is 93-year-old Mabel. “She’s stubborn, but funny,” Tracy explains. And even if Mabel is telling a story she’s shared before, Tracy always listens because she knows Mabel won’t see anyone else that day.

Mabel is just one reminder for Tracy of why she keeps coming back each Saturday. “I don’t have a ton of money, but I do have time to give,” she says, adding “and I hope someone would take care of me if I were in the same situation.”

More than anything, Tracy says volunteering helps her see the bigger picture. As a producer who organizes large music festivals, Tracy acknowledges it’s easy to get caught up in work or life’s little problems. That’s why volunteering has become such an important part of her life – it’s not just about giving back, but building bonds of friendship and community with those who have less and providing comfort at a time when many people have forgotten them.