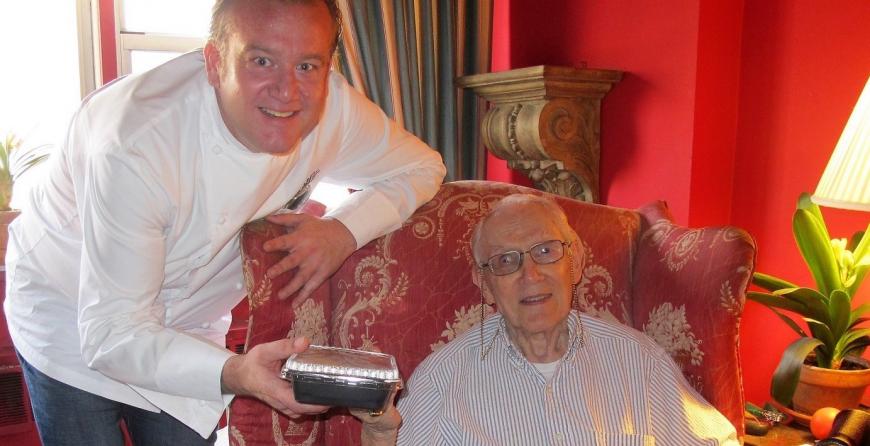 Chefs Deliver brings together a rotating cast of culinary stars who, once a month, lend their talents to Citymeals — cooking and often personally delivering meals right to the doors of homebound elderly New Yorkers. These gourmet meals are a special treat for our recipients who can no longer enjoy the simple pleasure of going out to eat.

A longtime supporter, Chef Michael has participated in several Chef Delivers. “Actually meeting the people that will be enjoying the meals I prepared, sharing the details of the dish and just spending time with them has been so amazing,” he beams.

The first Citymeals recipient to receive a surprise knock on his door was 90-year-old Jack. A Capezio shoe salesman by trade, Jack spent his evenings as a younger man singing at New York City’s lively bars and nightclubs. 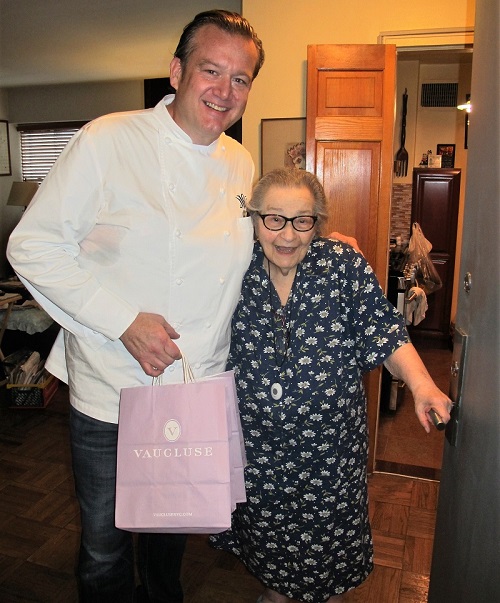 Barbara, 84, was next on the delivery route. A retired social worker and Brooklyn native, she has been living in her East Side  apartment for over four decades. 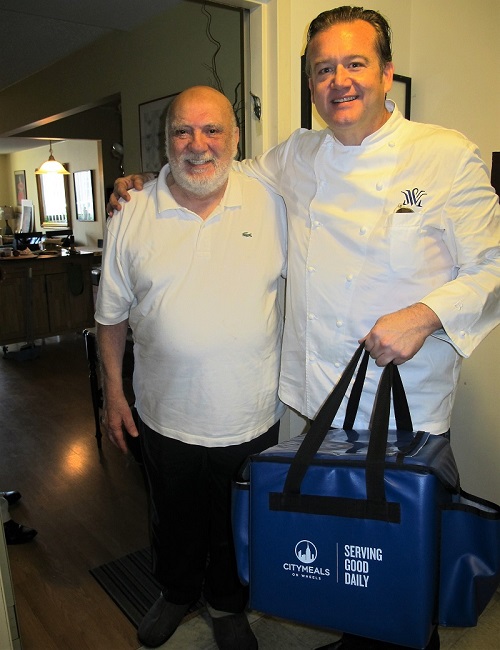 Also along the route was 81-year-old Barry. A chef for more than 50 years, Barry was forced to give up cooking when the  effects of Parkinson’s Disease made simply holding a kitchen knife too difficult. “My joy has always been cooking.” For years, Barry has idolized Chef Michael – he still recalls the evening long ago when he dined at Chef’s Convivio.

Since launching in 2014, nearly 9,000 meals have been prepared and delivered through Chefs Deliver. These special deliveries ensure our isolated older neighbors remain connected to our community, even while they are hidden behind closed doors.